Here are six amazing actors who have shockingly never won an Oscar, some of them have never even been nominated for one.

This week's new entertainment releases include fresh albums from Sam Smith and Elle King, the return of Jennifer Lopez in the rom-com "Shotgun Wedding," and the TV show "Poker Face," starring Natasha Lyonne as a wise-cracking, friendly drifter who has an uncanny ability to immediately know if someone is lying. The new Fox series "Accused" has a new cast each week with someone on trial for a crime and "black-ish" creator Kenya Barris and Jonah Hill co-wrote "You People," a new Netflix comedy about a Los Angeles interracial couple and the culture clash of their families.

Here's a collection curated by The Associated Press' entertainment journalists of what's arriving on TV, streaming services and music and video game platforms this week.

— Jennifer Lopez, rom-com queen, returns to the genre she's most identified with in "Shotgun Wedding," premiering Friday on Amazon's Prime Video. Lopez stars with Josh Duhamel as a couple whose Philippines beach-resort destination wedding goes awry when the wedding party is taken hostage. For Lopez, who last year wed Ben Affleck in a Las Vegas drive-thru chapel, it's her second wedding-themed romantic comedy in the last year, following 2022's "Marry Me." This one, at least, features "White Lotus" star Jennifer Coolidge (it's now Hollywood law that she must star in all exotically located tales).

— "black-ish" creator Kenya Barris and Jonah Hill co-wrote "You People," a new Netflix comedy about a Los Angeles interracial couple and the culture clash of their families. Lauren London and Hill star as the couple, with Eddie Murphy and Nia Long playing her Muslim parents, and Julia Louis-Dreyfus and David Duchovny playing his Jewish parents. Barris directs the film, streaming Friday.

Here's what to expect from Tuesday's Oscar nominations

— Singer-songwriter Sam Smith is releasing "Gloria," an album the singer-songwriter calls a "coming of age." Early singles include the epically sexy arena pop "Unholy" featuring Kim Petras, and the intimate, self-affirming ballad "Love Me More" with the lyrics: "Every day I'm trying not to hate myself/But lately it's not hurting like it did before." Smith recorded the album in Jamaica, Los Angeles and London, and says: "It feels like emotional, sexual and spiritual liberation. It was beautiful, with this album, to sing freely again. Oddly, it feels like my first-ever record. And it feels like a coming of age."

— Celebrate Roberta Flack, one of music's best voices, in the feature-length documentary, "Roberta," airing Tuesday as part of PBS "American Masters" series. The movie "explores the depth and complexity of her lyrical and thematic choices as well as the sophisticated mix of classical and soul influences on her style." This year marks the 50th anniversary of the release of Flack's landmark fourth album, "Killing Me Softly" and she has a new children's book that tells of her musical beginnings, "The Green Piano: How Little Me Found Music."

— For a sardonic look at life go no further than Elle King, whose spiky album "Come Get Your Wife" will be a welcome addition to 2023. The country collection celebrates all sides of the artist, from "being a hot mess, a glorious excess and a woman coming into her own." There are the tongue-in-cheek singles "Tulsa" and "Try Jesus," the latter of which finds King looking to a higher sort of relationship since men in her life are letting her down. It's accompanied by a hysterical video of her dressed as all the bad guys as she shops in a dollar store.

— The new Fox series "Accused" has an interesting premise. Each episode features a new cast, with a person on trial for a crime. The series then explains what happened — from the perspective of the defendant, leading up to the result of the trial. Cast members include Michael Chiklis, Jill Hennessy and Malcom-Jamal Warner. Howard Gordon, who created "24" and "Homeland" is an executive producer. "Accused," which debuted Sunday is based on a BBC program of the same name.

— "Knives Out" and "Glass Onion" writer, director Rian Johnson describes his new show "Poker Face," starring Natasha Lyonne, as a "how done it" and not a "who done it." Lyonne plays Charlie, a wise-cracking, friendly drifter who has an uncanny ability to immediately know if someone is lying. Charlie is on the run from a casino mobster, working odd jobs and encountering new people. She also often finds herself with a front-row seat to mysteries, setting off her internal lie detector, when she suspects someone is not telling the truth. If critics are correct, "Poker Face" could be Peacock's first hit. Its first three episodes drop Monday and the rest of season one will be doled out one-by-one on a weekly basis.

— New York, New York: If you can make it there, you'll make it anywhere. Which is good for Frey Holland, the heroine of Square Enix's Forspoken, who finds herself yanked out of the Big Apple and dropped into a dazzling but blighted world called Athia that's ruled by a trio of wicked sorceresses. Fortunately, Frey picks up a few spells and some mad parkour skills, and she's equipped with a chatty, sarcastic bracelet that's eager to help her find her way home. Forspoken's designers worked on 2016's Final Fantasy XV, and while their new game may not be as epic, it might hold fans over until Final Fantasy XVI arrives this summer. Frey's adventure begins Tuesday on PlayStation 5 and PC.

Receive the latest in local entertainment news in your inbox weekly!

Related to this story

Six incredible actors who have never won an Oscar

Here are six amazing actors who have shockingly never won an Oscar, some of them have never even been nominated for one. 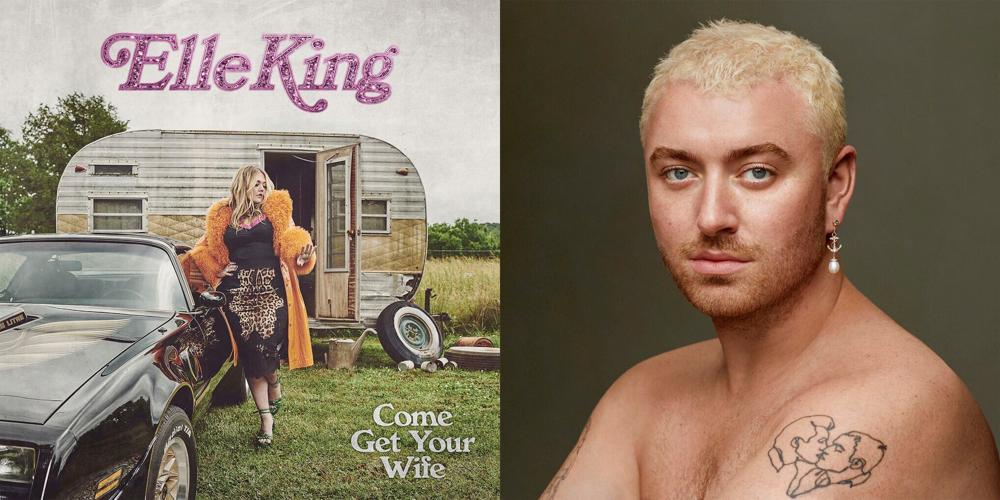 This combination of album covers shows “Come Get Your Wife” by Elle King, left, and "Gloria" by Sam Smith. (Sony Music Nashville/Capitol Records via AP)